Gavin provided the basic conservative arguments against welfare. Welfare makes people lazy. People that are on welfare are fat and should get jobs. And so on. He also cited that approximately 20% of the populace is on some type of welfare.

The problem is that his definition of “welfare” is somewhat narrow.  According to the data, 21,995,000 in 2015 were directly employed by the government. Per the chart below, that are almost twice as many people in government as there are in manufacturing. The government is a HUGE jobs provider. And it is the government’s stated goal to give preference to women and “people of color.” 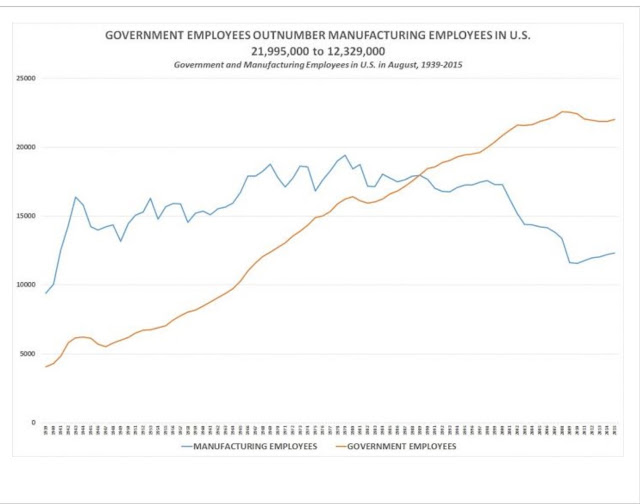 The question is how many of these governments jobs are actually productive?  And in a real sense you could consider these people to be on “welfare.”

But the scope of government welfare jobs also is found in private industry. Many such jobs are directly tied to government contracts. And many private jobs are due to the result of government mandates.