We are in the midst of an attempted coup against President Trump. The Deep State (corporations, controlled media, government agencies) have never accepted the results of the election. From the beginning, they have been inventing wild Russian conspiracy theories in an attempt to overthrow the will of the people. Hillary was supposed to be their president. And now they are in a hysterical rage. 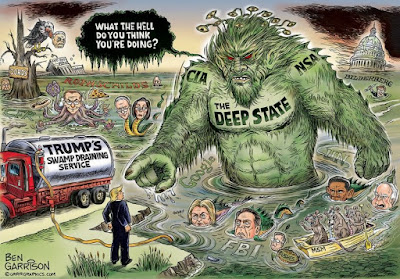 http://insider.foxnews.com/2017/05/17/deep-state-government-destroying-donald-trump-kucinich-says-hannity
Posted by RAMZPAUL at 4:39 AM