Yet another Muslim terrorist attack. And the British government's response is to appease the invaders. Those who dare to discuss the real issues will be jailed for "Hate." The government's strategy is to demand your silence as they import more Third World immigrants. Because diversity is obviously our strength. 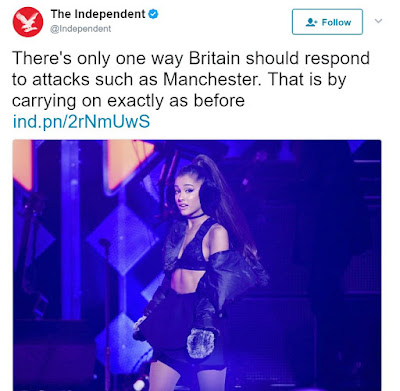 But if the British people are too cowardly to protect themselves, they get what they deserve. No more Thoughts and Prayers. No more candle light vigils. They deserve only our scorn.

http://www.nbcnews.com/news/world/deaths-injuries-confirmed-after-explosions-heard-u-k-concert-featuring-n763286
Posted by RAMZPAUL at 5:35 AM