A massive virus hit Europe and the United States which hijacked computers and demanded bitcoin payment as ransom to free your files. The tool used to hijack a computer in such a fashion was created by the US government – the NSA. Somehow, this tool was released/stolen by computer hackers.

The tool exploits known security vulnerabilities in the Windows operating system.  These vulnerabilities were intentionally created by Microsoft to allow the government spy agencies to gain access to computers around the world. 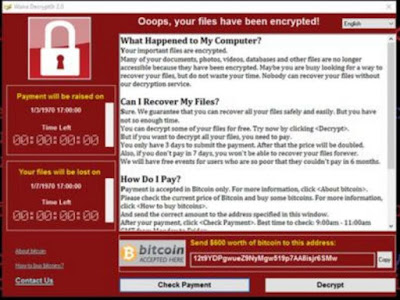