Will the Left be held responsible?


(I released this video yesterday due to the events in the news. Usually I like to publish a video in the morning. But I made an exception in this case.) 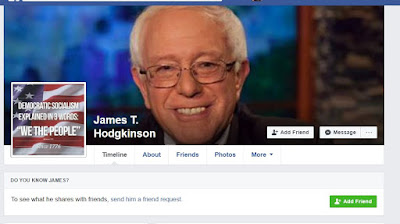 When these sorts of events happen, I always like to play the game of “imagine.”

Let’s imagine that James T. Hodgkinson worked on the campaign of Donald Trump. And let’s imagine, that Hillary won the election. And that after the election, the Republicans called Hillary’s Presidency “illegitimate” and urged their supporters to take to the streets and “resist.”

Now let’s imagine instead of trying to massacre Republicans, James targeted Democrats. And upon investigation of his Facebook it was determined that he was a fan of American Renascence and RAMZPAUL.  What do you think the media’s reaction would be?

We don’t have to imagine, because we have an example – Dylann Roof. In that case, every conservative web site that Dylann Roof visited was held liable by the media. Because Dylann has a confederate battle flag in an old pic, flags and monuments were torn down.

Will the SPLC be held responsible for Hodgkinson’s shooting? Will left wing monuments be torn down? Will the homosexual flag be banned? Rhetorical.
Posted by RAMZPAUL at 6:25 AM