I won't link to the video because I don't want to provide views and ad revenue to people who are sexually molesting children. And, yes, discussing graphic sexual contact to children is criminal, as Anthony Weiner discovered.

However, this slide into degeneracy is not new. Ten years ago the German government promoted this:


This is a part of a larger effort to deconstruct Christian morality in the West. This effort was primarily started by Sigmund Freud over 100 years ago. 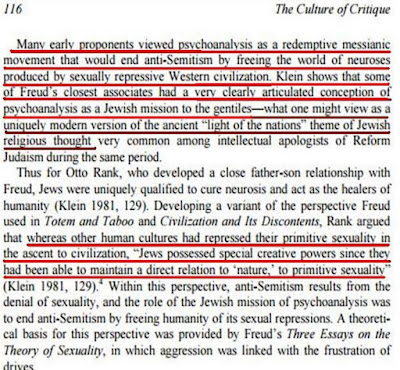 Freud believed that removing sexual barriers would helped cure mankind of neuroses. Freud saw himself as being on a messianic mission to the gentiles.

But what does a culture look like that has no sexual restraints? Probably the most extreme example was the Aborigine culture in Australia and New Guinea. Below is an account of such a culture:

"Malinowski reports watching the widespread sucking of genitals and intercourse between children in Melanesia, encouraged by parents, so that most girls are raped by the time they are seven years old.40 New Guinea fathers rarely care for their little children, but when they do they mainly fondle their genitals, using the child as a breast-object “because they say they get sexually aroused when they watch them nurse.”4"


It seems that sexually liberation does not bring happiness, but death. 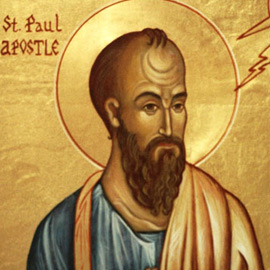 Another Jew who was a missionary to the gentiles had a radically different notion to sex. The Apostle Paul believed that women had more worth than being just sexual toys that could be shared among men. This was a radical notion.

As Kruger writes, "While it was not unusual for Roman citizens to have multiple sexual partners, homosexual encounters, and engagement with temple prostitutes, Christians stood out precisely because they refused to engage in these practices."

As future generations attempt to recover from the ruins of Sigmund, they should look to the teachings of Paul to help restore Western Civilization.