It's Okay to be White

Toronto’s Metro News reports that the university’s President David Turpin released a statement on Tuesday that “the university is aware of several incidents of racism that have occurred on north campus in recent days.”

According to Metro News, the statement was released in response to both the pumpkin and the posters.
“Messaging or displays that target or marginalize any individuals or groups will not be tolerated,” Turpin wrote. “We are working with University of Alberta Protective Services to find the parties responsible.” 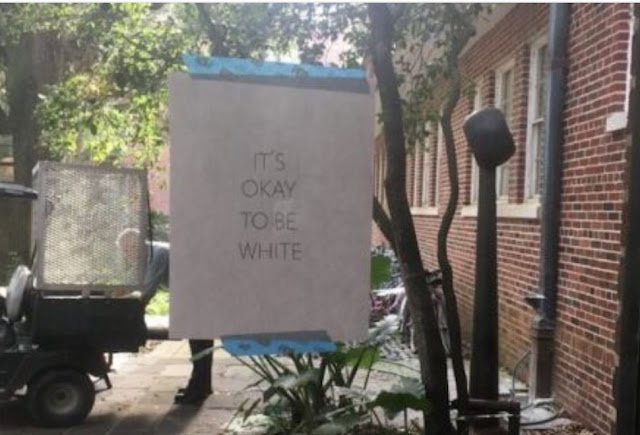 And here is a campaign video from the Democrats: